There is nothing more frustrating than snapping a photo or taking a video and realizing the quality is awful. Luckily, with the GoPro Hero 4 Silver, that will never be an issue again. This camera can capture it all.

Check out some of the features that make this camera so fantastic.​​​​

The GoPro Hero 4 Silver comes with a seamless built-in touch display to help you quickly navigate the controls. In fact, it is the first in the GoPro line of cameras to include an integrated touch display.

The touch display works the same way any control center does. It lets you navigate photos and videos, previewing them before you make a final decision. You can quickly adjust the settings and navigate content with just a swipe of your finger.

With better image quality than the GoPro cameras before it, the GoPro Hero 4 Silver has an enhanced sensor feature. Using 1080p60 image quality to capture lifelike images and videos at the click of a button. With a framerate as high as 720p120 and 960p100 in its video capture quality, you'll feel like you're living the moment again. Plus, this high-quality framerate offers exceptional slow-motion video playback.

Its "cinema-like" video playback plays in the high-resolution of 2.7k.​​​​

At 30 frames per second, the GoPro Hero 4 Silver captures 12mp burst images. This feature can be used to obtain a precise moment in time at excellent resolution. GoPro claims to capture crystal-clear images instead of blurry scenes with this feature.

There's also the option to shoot photos in a "Time-Lapse" mode. You can set up a timer from 0.5 to 60 seconds to take pictures when you can't. Amazingly, this GoPro offers a night mode to let you capture images of the night sky.

You read that right, the GoPro Hero 4 Silver features built-in Wi-Fi and Bluetooth. This feature allows for easy and straightforward sharing across all of your devices. With Bluetooth, you don't have to worry about losing the image and video quality. It's also just as easy to connect to the GoPro app or the SmartRemote to control your GoPro from a distance from up to 600 feet.

New Settings For After Dark

As mentioned before, the GoPro Hero 4 Silver features a clear night-vision display. The "Night Photo" and "Night Lapse" feature captures a range of options for up to 30 seconds for the timed photos.

This new night feature is useful for activities in the dark or shooting the night sky. Whether it be camping with your family, or capturing the full moon, this feature will brighten up any night sky.

The HiLight tag is a new feature in the GoPro Hero 4 Silver. You can use this feature to mark "Key Features" of a video while you are recording.

This feature saves those clips for convenient sharing in the click of a dedicated button in the app or SmartRemote. You can share these clips, and other photos and videos, with the GoPro App and GoPro Studio.

Protune Your Photos and Videos

Protune is a feature for editing and customizing your images without the need of transferring the data to another platform. 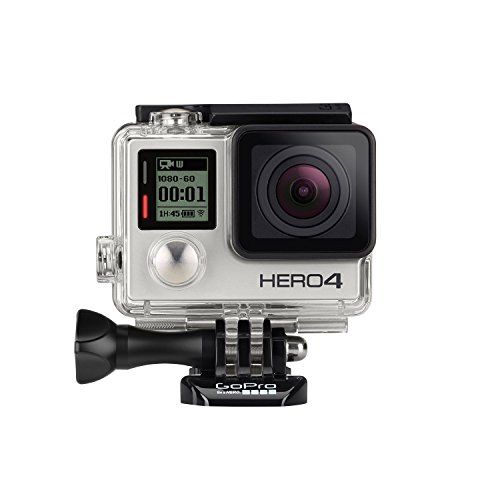 What Makes the GoPro Brand Different

GoPro has been around for longer than most other compact cameras. Other compact cameras seem to be copycat versions of the GoPro. Moreover, some brands charge more for their GoPro knockoffs instead of less. GoPro's most significant competitors on the market are Sony and Canon. These are the most challenging to the GoPro because they are also known for having great cameras. Along with a favorite knockoff brand, Akaso.

One noticeable difference between all of these brands is the audio. The GoPro supports a Mono microphone, where all others (that we are comparing) have a stereo microphone. 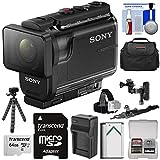 It weighs less at 2.1 ounces versus GoPro at 2.9 ounces, and can also be submerged deeper into the water. The Sony can go down 197 feet whereas GoPro can only go 131.2 feet. The battery is also a bit better, at 1,240 mAH versus 1,160 mAH. However, that is about where the Sony stops being better.

White balance on the Sony is preset, where you can customize it on the GoPro. Sensor, Photo, and Interpolated resolution are all at 11.1 MP, where they reach 12 MP in the GoPro.

The Sony also doesn't reach 4K, where the GoPro does. It also lacks the MPEG-4 video format and an HDMI or Composite port for connections.

Canon is very well known in the professional photography realm, making it a familiar competitor to GoPro. Their compact action camera rates only 4.0 stars with 57 reviews, gaining the lowest out of the three.

The Canon's features include also having a Night Mode, image stabilizing, high definition, widescreen video, and face detection. It does not claim to be waterproof.

This camcorder weighs significantly more than the GoPro, weighing in at 8.5 ounces versus the GoPro's measly 2.9 ounces. It's Sensor, Photo, and Interpolated photo resolutions are all at a disappointing 2 MP, compared to GoPro's 12 MP.

The Canon lacks a port for a micro SD card and also doesn't have 4k resolution. However, it has an AVCHD video format where the GoPro does not. 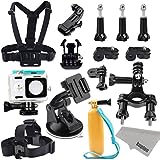 A popular camcorder to get for a much lower price is the Xiaomi Yi. This camcorder is another close costumer favorite compared to the GoPro Hero 4 Silver, gaining 4.2 stars with 2,400 reviews.

The Xiaomi Yi sports being waterproof, along with an action camera, image stabilizing, high definition, and widescreen video.

This camera weighs just a tiny bit less than the GoPro, at 2.5 ounces versus 2.9 ounces. A notable difference is that the Yi's Sensor, Photo, and Interpolated resolution come in at 16 MP.

The Yi lacks space for an SD Card, and ports for HDMI or Composite connection. It is also unable to shoot in 4K, where the GoPro is known to do so, well.

Nothing is perfect, though the GoPro Hero 4 Silver definitely has some pros, it also has a few cons. Though the GoPro has impressive quality capabilities, it has some things that make it a bit of a nuisance.

They are much smaller than the standard "professional" camera, making it easy and compact to take on trips and directly place in your pocket.

They are also a bit sturdier than professional cameras, being that the GoPro is waterproof. It also comes with a variety of case and accessory options to further protect it from a fall.

The GoPro is relatively simple to use in all situations, even in a dark environment. This feature makes it great for late night trips and adventures. Moreover, simple to use all around with mounting and timed photo capabilities.

It also has a very wide-angle camera that is good for capturing an entire scene. However, this can also be a bad thing if you don't necessarily want a fish-eye effect on your photos.

It is more useful than a smartphone in cases where you need to mount the GoPro, and you can even install it on a helmet. This situation is something just not possible for large "professional" cameras or even your phone.

Battery life is a problem compared to other "professional" cameras and even your phone. This issue has a lot to do with the GoPro Hero 4 Silver's size. There merely isn't enough room for a big battery. It only has a battery life of around one-and-a-half to three hours.

Since the GoPro has a fixed lens, zooming is not possible. It features a mode for a narrower point of view, but you can't zoom into a shot.

The GoPro's responsiveness is a bit slow, taking a long time to do anything. Whether it be turning on or taking a picture, the response time isn't as fast as some would hope for it to be.

The controls are also not as simple to access. Since the GoPro has a fully touch integrated system, it takes a bit of swiping and tapping to get to the menu you want. Making it a bit of a hassle to access "simply and easily."

The Color Balance seems to run a bit cool in most settings, even after adjusting the "environment" option. This con makes certain photo situations not turn out as expected.